Alumna and Past President Named Executive Director of Turner Center 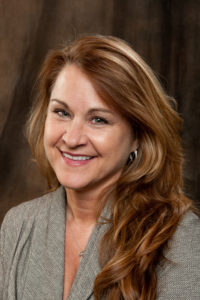 Annette Howell Turner Center for the Arts has named Sementha Mathews its new executive director. Mathews is a member of the Leadership Lowndes class of 2009 and served the organization as president in 2014.  Currently she is the  public information officer for the City of Valdosta, and she will officially take over her new position April 16, according to a press release. She replaces Cheryl Oliver, who announced in January that she was resigning.

“I believe the experiences I have gained over my career, combined with my knowledge of the issues and concerns that affect our community, will help me build upon the exemplary history of the Turner Center for the Arts,” Mathews said.  Lowndes/Valdosta Arts Commission Board President Bob Goddard said a Succession Planning Task Force was developed following Oliver’s announcement.

“…We feel strongly that we have hired the right person, and we’re excited about the forward direction of the art center,” Goddard said.

According to the release, Mathews has served the community for almost 12 years as PIO, “being the communicative bridge between media outlets, government officials, city employees and citizens.”

“She played an instrumental role in the engagement of citizens and the innovation and implementation of various community programs that increased citizens’ participation in their local government,” the release stated.  Mathews holds a Bachelor’s of Arts degree from the University of Hawaii and a Master’s of Public Administration degree from Valdosta State University, according to the release.  She is also an adjunct professor in the Mass Media Department at VSU and a trainer in the University of Georgia’s Carl Vinson Institute of Government, the release stated.
Nominate a Community Leader for Leadership Lowndes Learn More